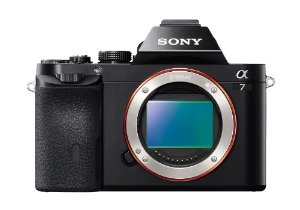 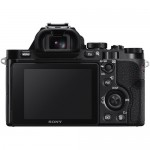 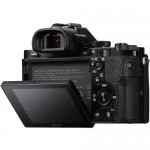 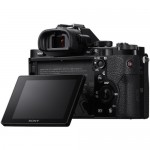 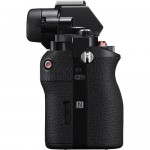 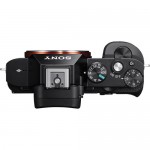 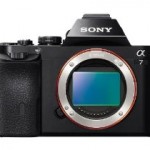 Sony has answered my prayers!

With three new high-quality Sony/Zeiss lenses, in 35mm,  55mm, and a 24-70mm zoom, due out at the same time, this camera is sure to be a hit.  Fuji has countered stating that they will be releasing a full frame fixed lens camera to compete with the full frame Sony DSC-RX1 in 2014,  and a full frame interchangeable lens camera in 2015.  It seems like too little, too late though.  I know I won’t be waiting until 2015 for a Fuji when I can get my hands on a Sony next month.  They’re going to have to step it up if they plan on keeping up with Sony in this battle.

Details on the Alpha a7R Mirrorless Digital Camera below:

The new autofocus system is optimized for the full-frame sensor including flexible spot focus areas in addition to multipoint, center-weighted, and zone focusing. Manual focus assist can be optimized for full-frame or APS-C-format shooting zones and new Eye AF Control provides highly precise eye-detection for shots that place the focus directly on the subject’s eye, even when they are partially turned away.

Full HD 1080 video capture with 24p/60i/60p frame rates is supported in both AVCHD and MP4 codecs. Uncompressed video can be recorded off-camera via an HDMI connection, and both built-in and external stereo recording is available. HDMI and wireless output allow for viewing of still images on ultra-HD 4K television. The 3.0″ tilt-able LCD has a 1.23M-dot resolution and WhiteMagic technology for better visibility in bright light. A high-contrast 2.4M-dot OLED electronic viewfinder provides 100% coverage, a wide viewing angle and features the same 3-lens optical system used in the Sony a99 DSLR.

The advanced Sony Multi-Interface shoe expands compatibility options for flash, microphone, and other accessories, and as an E-mount full-frame camera, the Alpha a7 is compatible with all present E-mount lenses as well as new E-mount full-frame Zeiss and Sony G-series lenses. Lens mount adapters with a tripod mount are also available to use A-mount lenses on E-mount cameras and an optional dedicated battery grip enables stable extended shooting and vertical orientation stability.

36.4MP Exmor CMOS Sensor with No Optical Low Pass Filter
The 36.4MP resolution and outstanding performance of the Alpha a7R are optimized by removing the optical low-pass filter. In combination with the new BIONZ X image processing engine this design increases resolution and enhances the reproduction of the finest details. In addition, the sensor includes a new gapless lens design that fills the space between neighboring pixels to significantly increase light collecting efficiency and realize high corner-to-corner image quality. Differing from the Sony Alpha a7, the Alpha a7R with its omitted low-pass filter, gapless lens design sensor and contrast-detection AF provides the utmost in high-resolution, finely detailed capture. With 36.4 effective megapixels, the Exmor CMOS sensor captures high-resolution, low-noise images with rich tonal gradation and low-light sensitivity. The normal ISO range on the Alpha a7R is 100-25600.

Gapless, On-chip Sensor Lenses
Sony optimized the design and positioning of the sensor’s on-chip lens (OCL) covering every pixel to significantly enhance light-gathering efficiency. A gapless on-chip lens design eliminates the gaps between the micro-lenses to collect more light. Moreover, each on-chip lens is optimally positioned depending on its location to accommodate the sharper angle of light entering the periphery, which is caused by larger sensor dimensions being teamed with the E-mount’s short flange-back distance.

Fast Intelligent AF
The high-speed image processing engine and improved algorithms combine with optimized image sensor read-out speed to achieve high-speed AF despite the use of a full-frame sensor.

2.4M-Dot OLED Electronic Viewfinder
With its 3-lens optical system the viewfinder faithfully displays what will appear in your recording, including the effects of your camera settings. You’ll enjoy rich tonal gradations and improved contrast. High-end features like 100% frame coverage and a wide viewing angle enable comfortable and stable eye-level composition.

Full HD Movie at 24p/60i/60p with Uncompressed HDMI Output
The Alpha a7R supports in-camera AVCHD codec frames rates in super-smooth 60p, standard 60i or cinematic 24p. MP4 codec is also available for smaller files for easier upload to the web. Also, it is possible to capture Full 1080 HD uncompressed clean-screen video files to external recording devices via an HDMI connection in 60p and 60i frame-rates.

Built-In Wi-Fi and NFC
Connectivity with smartphones for One-touch sharing/One-touch remote has been simplified with Wi-Fi/NFC control. In addition to Wi-Fi support for connecting to smartphones, the Alpha a7R also supports NFC (Near Field Communication) providing convenient transfer of images to Android smartphones and tablets. Users need only touch devices to connect; no complex set-up is required. Moreover, when using Smart Remote Control – a feature that allows shutter release to be controlled by a smartphone – connection to the smartphone can be established by simply touching compatible devices.

Direct Access Interface
Quick Navi Pro displays all major shooting options on the LCD screen so you can rapidly confirm settings and make adjustments without searching through dedicated menus. When shooting opportunities arise, you’ll be able to respond swiftly with just the right settings.

New Eye AF Control
Even when capturing a subject partially turned away from the camera with a shallow depth of field, the face will be sharply focused thanks to extremely accurate eye detection that can prioritize a single pupil. A green frame appears over the prioritized eye when focus has been achieved for easy confirmation. Eye AF can be used when the function is assigned to a customizable button, allowing users to instantly activate it depending on the scene.

Wired Remote Control with Video Capture Control
Remote Camera Control allows you to control your Alpha a7R from your computer using a USB cable. It has been updated to include video capture control.