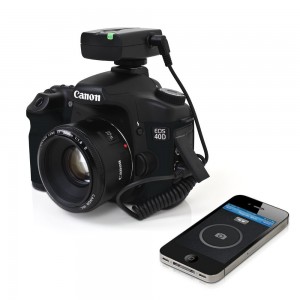 I first heard about the Satechi Bluetooth Wireless Timer about a year ago while researching various intervalometers for use with time-lapse videos.  It sounded like the answer to my prayers.  Control your camera settings from your iPhone?  Only $45.00?  Count me in!  So, I splurged.

It turns out that, at least in this case, you get what you pay for; it’s a piece of junk with serious limitations even on it’s best days.

I’ve read some really bad reviews out there about connectivity issues with the Bluetooth features of the device and thought they were mostly bullshit since mine connected just fine – at first.  It eventually had the same issues everyone else has experienced, and they haven’t stopped since.  You can hold your iPhone an inch away from the Satechi device and it will connect, and two seconds later it will tell you that it’s moved out of range, if you can get it to connect at all.

That said, even when it connected without a hitch, it had serious limitations.  Most notably with it’s “timed” intervalometer features.  You basically put your camera on it’s bulb setting and you can program how long the shutter stays open, how often it opens, and how many times it opens from your phone.  Sounds good, right?  Except for the fact that you can only program in hours, minutes, and seconds.  The lowest shutter setting is one second.  That would work great for night photography, if you could get it to work, but what about daylight photography?  One second is a long time for your shutter to stay open in the daytime, even stopped down with low iso settings.  Add to that an extra second or two if you have your long exposure noise eliminator set, and you have a recipe for a really screwed up intervalometer.

Bottom line, it’s a great idea but it just doesn’t work.  Sometimes you get what you pay for.

Update:  I’ve found some videos on YouTube that clearly explain how to repair the connection with your phone.  So, that works fine now.  It’s a little tricky though; you have to go into your general settings on your phone and disable the original bluetooth pairing before it will let you repair it.